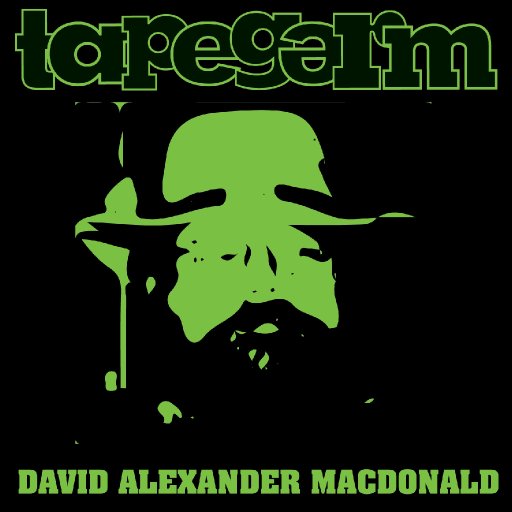 DAVID ALEXANDER MCDONALD was born Steven E. McDonald in the tiny town of Warsop, Nottinghamshire, England. He initially lost his marbles about music at the age of seven, but it wasn't until he turned ten that he really went nuts -- that's when he started training as an orchestral percussionist. At the age of thirteen, the McDonald family relocated to Jamaica, where David was introduced, in rapid succession, to reggae, r&b, many varieties of jazz, calypso, mento, African music, 151 proof rum, and Red Stripe beer. Early encounters with Moog instruments resulted in an unrequited case of synthelust, although the desire for knobs to twiddle did not interrupt the headlong charge to beat on other instruments. A novelist, poet, and screenwriter (as Steven E. McDonald), David became involved in the cassette movement with the 1988 release of FEAST OF SET (first as Armand & The Mouse Orchestra, then as Steven McDonald.) Releases continued until 1995's LAKESIDE. After a gap of several years, and a name change, releases resumed with RED WEAPONS, a guitar-centric album. A somewhat arbitrary sampler disc will be released through dollarcd.com shortly, followed by BLEEDER: THE SOUNDTRACK, which will be made available in the Homemade Music catalog. David is now based in Tucson, Arizona, where he is time-shared by six cats, two dogs, three kids, and a wife.

Include "Project-231" in your credits to have your recording appear on this page.