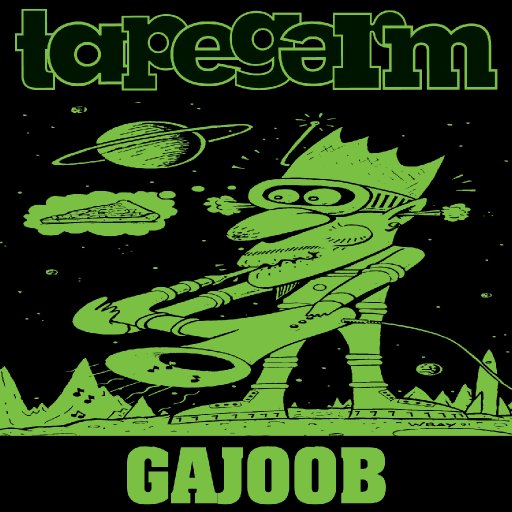 GAJOOB began life as a print zine about cassette culture in 1987. It's been online since 1992. Our focus is independently recorded music released in a do-it-yourself fashion. We list digital-only and netlabel online releases as well. Our listings often include interviews and discussions, embedded streaming audio, video, photos, etc. Our Tapegerm activities include publishing collaboration projects with source material culled from our large archive of cassette albums from the mid-80's to late 90's.

Project-3: GAJOOB K7 Source Project: Greige Travail - Mr. A Only Has A 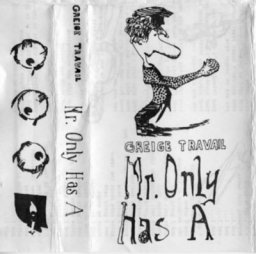 This description of the cassette album was sent to GAJOOB in 1990 along with the tape:

We are Justin Hughes and Zak Sitter. We are located in Atlanta (as is Bangaway [Productions]). We hope to have a 4-track soon, although this tape was all normal tape recording. This is our 5th tape. All our stuff is available on Bangaway. We also have tracks on "Immunity By Inoculation" (Bangaway), "Bring the Noise" (Low Life) and "Low Life Free Tape." Zak is also in Dairy Queen Empire and both of us are in (were in) Nature Protein Biscuit.

Listen to the album here:

GAJOOB: Tell me a little about the recording.

ZS: Everything ran through a Kustom PA60 300 watt PA mixer with Aptus 3 pre-amps. We usually recorded two instruments at a time to cassette, then played that cassette back and played along, repeating the process until sufficient impenetrability was achieved. Tape recorder contingencies (plus those Aptus pre-amps, of course) were a big part of the Greige Travail “sound.” Answering machine tapes were also a big inspiration.

GAJOOB: I read the DQE interview in Writer’s Block 1991. It doesn’t mention Justin as a member, but his last.fm profile does. Was he?

ZS: DQE started out as Chris, Grace, and Zak, but has had many different lineups since then. Justin played in the band for several years.

GAJOOB: What kind of synths are you using on this album?

GAJOOB: What about the percussion?

GAJOOB: What do you remember about the sessions (anecdotes)?

ZS: In 10th grade, we started going over to Justin’s house after school to play music. Pretty quickly we realized we were as interested in playing with tape recorders as in making music and started recording all kinds of noise. We put together cassettes every few months which Zak released on his tape label, Bangaway. Mr. Only Has A came out after about a year of this, so our fourth or fifth tape maybe? It’s hard to remember stories specific to one tape, since we recorded pretty constantly for about three years, but usually the tapes were a mixture of songs we wrote and recorded more or less the way we wanted them to sound, plus a lot of beautiful or silly accidental noise gobbets that accumulated in the course of recording.

GAJOOB: Where does the band name come from?

GAJOOB: Who is Mrs. Marmy? [the tape credits say "Thanks to Mrs. Marmy"]

Include "Project-3" in your credits to have your recording appear on this page.

got no lyrics for this song, so here is the clean track